The importance of the consistency of botanical recording in large scale surveys was recognised by CEH for the national Countryside Surveys carried out periodically since 1978. Ecological Surveys provided scientific and technical support for the 1990 and 2000 countryside surveys and subsequent farm steward monitoring schemes carried out by CEH in Wales.

We were commissioned to develop a methodology for assessing the efficiency and accuracy of plot location and species recording during these surveys where large numbers of different surveyors are employed. The work involved intensive training courses for the surveyors in both field methodology and species identification. The quality assurance exercise itself involved re-recording a subset of the plots and assessing the efficiency of plot location and botanical recording.

Species mismatches were assigned to one of a number of categories relating to reliability of identification, the overlooking of species and the mis-alignment of the original plot. A series of indices have been devised to assess the overall efficiency of the botanical survey of each pair of surveyors and to highlight any consistent shortfalls that could be improved upon with further training. Values are compared with figures of maximum recorder efficiency published by other large scale surveys. 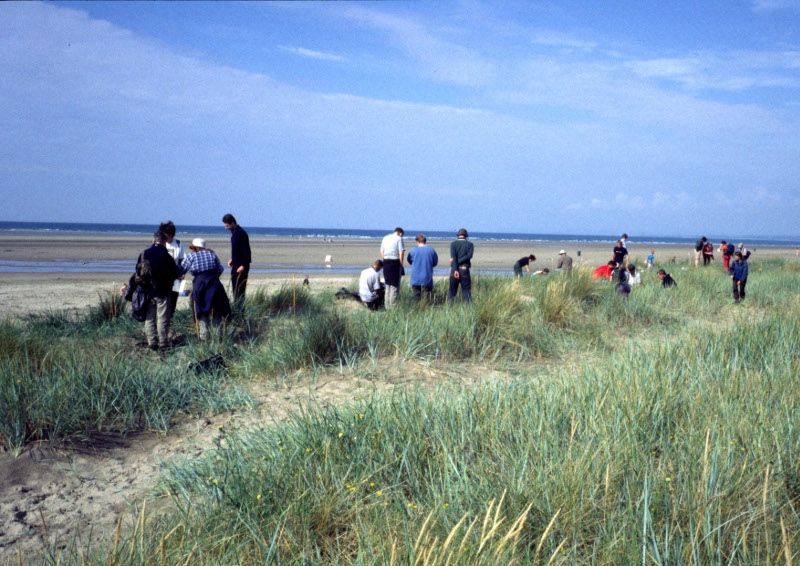 We have run habitat specific (woodland and grassland) and introductory courses to the NVC at Plas Tan y Bwlch since 2004.

More recently Hilary has tutored for the Field Studies Council and as part of the Manchester Metropolitan University (formerly Birmingham University) certificate in Biological recording. Two courses are run, one covering grassland communities and the other mires using a range of lowland and upland sites in Shropshire and Wales.

A handbook has been produced which covers both the history of the NVC as well as detailed methodology and interpretation of results.

Recently Hilary has been co-author of two FSC fold out charts for Phase I habitat survey of Grassland and Marsh habitats, and Heaths and Mires.

These courses proved very popular for many years at Plas Tan y Bwlch.

At the Field Studies Council Hilary runs plant identification courses covering some of the more difficult plant groups, including grasses, sedges, rushes and plants of bogs and mires, covering key bryophytes including Sphagna. Many of these courses are offered as part of the Manchester Metropolitan University certificate and masters in Biological Recording. During these courses there is a strong emphasis on gaining field identification skills using simplified keys followed by more detailed examination of material in the laboratory using microscopes and formal keys.

A new FSC fold out chart to the identification of rushes and woodrushes has recently been published and is available from the FSC web page.